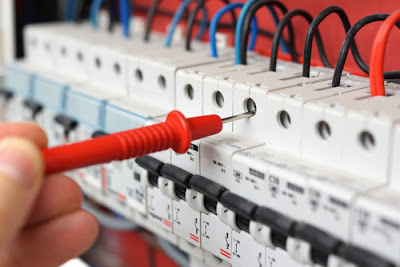 As a general rule, when a power failure occurs at home, it is quite simple to identify the origin and cause of the power outage. Still need to know some basic rules in electricity!

Causes of tripping circuit breaker
Most people would agree: running outside and resetting a tripped circuit breaker is not fun. Especially when you consider the risks associated with a circuit breaker, such as high voltage, high intensity or even high temperatures. Triggered circuit breakers cease to be a problem and can become a hazard. But why this continues to happen and when to call a professional to help: For answers, read on.

Using the most suitable circuit breakers for variable speed drives

The circuit breaker, as a system, exists as a sort of emergency return: the circuit "trips" or goes out, when it feels that there is no more safe electricity flowing. The three main causes are overloaded circuits, short circuits, and ground faults. Circuit overloads are the most common reasons. To remedy this, connect domineering peripherals in different circuits and avoid passing many devices at high power at a time. 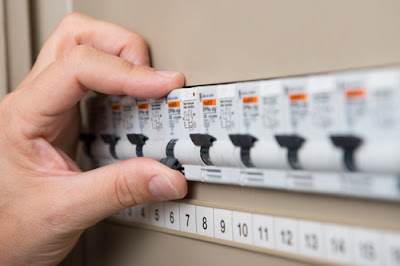 The circuit breakers can trip when the circuit starts to overheat, which could annoy someone who is drying their hair, vacuuming, watching television, drying clothes and running the dishwasher. at the same time. A short circuit is more dangerous and is caused when a hot (black) wire that touches another hot or neutral wire in a power outlet. This causes a large amount of current flowing, which overheats the circuit, which in turn stops. How to know if it was a short circuit? Check your outlets and caps for discoloration (a short circuit may cause brown or black discoloration) and look for a burning smell. Finally, a ground fault, which is similar to a short circuit, is caused by a hot wire touching a ground wire on the side of a metal outlet box, which is in turn connected to the field wiring. How to know if it is triggered due to a ground fault? The signs are the same as for a short circuit (discoloration and smell).

What can be the causes of a power failure? How to cure it ?

Identify the origin of the power outage
First of all, remember the first safety measures to adopt as never work on live electrical wires , always cut the circuit first and finally, never work on a wet floor , even for low voltage.
Then comes the question of the cause of the failure: does the problem come from your home installation or is it a cutoff due to your electricity company?

If the electricity is cut off at home and your neighbors for example, then take your trouble and call your power company to inform them.

However, if your neighbors are not concerned, if only one or more devices do not work in your home, a plug does not work, it is probably that there is an electric overload at home.

The electrical panel
If there is an electrical overload on the main circuit, the circuit breaker should normally trip and blow a fuse.

It is possible that a defective bulb or an damaged extension leads to an overload, but how to know which one?

Electrical panel labels
If your electrical panel is new, you should have a small label on top of each circuit breaker that will direct you to that part of your home. 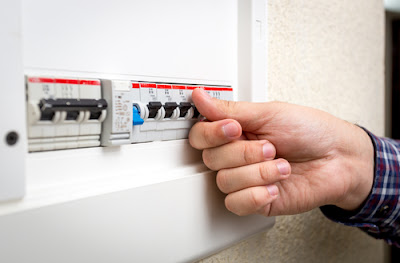 Once you locate the part affected by the failure, unplug all electrical devices, turn on the power again, and reconnect the devices one after the other to identify the device that is malfunctioning.
Generally, in a home environment, are more frequently found in power tools. Items such as drills, reciprocating saws, circular saws and grinders all have electric motors in them. These rotary engines generally have a lot of energy, and therefore they need optimal operating conditions to safely play to their full potential.

Insufficient supply
Since the motors can be so powerful, they need a power cord and the extension of quality. The extension cable is usually the weakest link. Cheaper units are usually very thin, and therefore can not effectively control the power and amperage of the engine. Although this may cause the instrument or element of poor results, it may also trip the circuit breaker due to heat. If the amperage is the emergency power cable, the switch acts to prevent both ruining the connected device and a fire. If the cable is the right size for the motor amperage can be damaged, which can restrict the flow of electricity.

Amperage too high
At times, the electric motor simply requires too many amplifiers for execution. In this case, only replacing the switch will solve the problem. For example, if a 90 amp motor tries to run away from a 50 amp breaker, it is sure to be recurring problems. Be sure to match the switch with the maximum current the motor is running.

Bad Earth
If the ground for the electric motor is defective or non-existent, large surges can occur that have the ability to trip the switch. Make sure the floor for the engine itself has not vibrated loosen over time. If the engine reasons and lifts intermittently, the performance will be affected as well as tripping circuit breakers.

This article summarizes some of the main reasons for circuit breakers to trip. With this information you will better understand why your breaker tripped. But rather than running outside and risking danger, why not let an expert manipulate it? You should always consult a professional, especially if you think there is a problem with the service entrance or wiring.
Posted by Unknown at 23:38